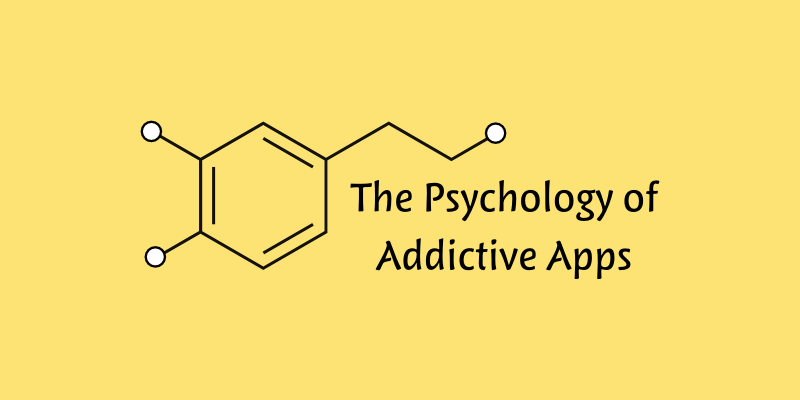 Have you ever stopped to think about what makes some mobile apps or games so addictive while others are not?

Addictive apps like Facebook, Snapchat, and Instagram have one thing in common: understanding the principles of human behavior and employing psychological theories to hook users. So what are these principles and psychological theories that successful mobile apps use to grab and hold user attention? And more importantly, how can you apply them to create a high level of engagement and improve your app’s chances of success? Keep reading to find out.

1. The Zeigarnik and Ovsiankina effects

The Zeigarnik and Ovsiankina effects refer to the tendency to experience intrusive thoughts about interrupted or incomplete task that leads to a strong motivation to complete it.

Takeaway for app developers: Break down big task into smaller ones. Use progress bars, task lists, completion percentage, and mission checkpoints to leave an impression on the user that he is not done yet. 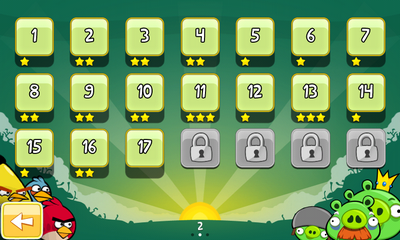 The Flow Model of Mihaly Csikszentmihalyi describes the emotional state of deep concentration and productivity we experience when we’re fully immersed in what we are doing and during which nothing else seems to matter. This happens when we reach a sweet spot where the level of challenge is balanced with the individual’s skill level. 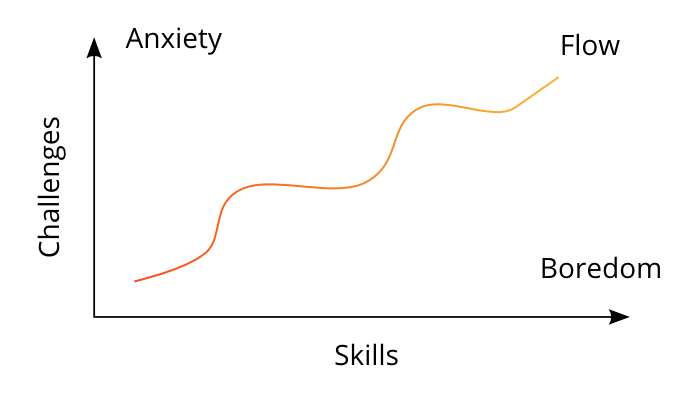 Takeaway for app developers: If your app is too simple or too challenging, users will lose interest. The challenge needs to fit their current capabilities and increase along with the improving skills. When everything lines up, your app will be able to keep users in the flow. Start by removing distractions, this means reducing visual noise and eliminating irrelevant information. Give users immediate feedback about the results of their actions to reduce anxiety.

Positive reinforcement is the process whereby desirable behavior is acknowledged and rewarded with something pleasing in an effort to encourage its continuance.

Takeaway for app developers: Offering rewards to users who complete specific tasks will foster their achievement motivation and encourage them to take part in several activities to get more rewards. Rewards can take many forms. Badges, points, and levels are all easy ways to recognize users’ accomplishments, incentivize certain actions and drive re-engagement. 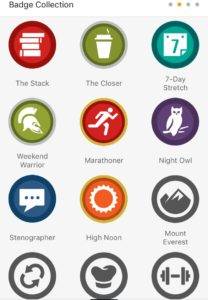 4. The Principle of Least Effort

The Principle of Least Effort refers to a scientific principle which states that people will do the least amount of work to achieve a basically acceptable result.

Takeaway for app developers: Users download your app because they are looking for something and it should be your main goal to help them find it. Too many unnecessary actions will cause users to be frustrated and abandon your app. You have to make your app extremely simple to understand and requires the least number of steps to get the job done.

The reciprocity principle is a social psychology principle that says that when someone does something nice for us, we feel indebted to return the favor.

Takeaway for app developers: Don’t overwhelm your users with a series of permission requests the moment the app launches for the first time. It doesn’t make much sense to ask a user for access to the camera or the location when your app has not yet gained their trust. It would have looked unnecessary and the app’s request would have been likely rejected, or worse, prompt them to abandon your app. Allow users to see what your app is about and let them interact with it. Once users have explored the app, they will be more likely to trust it and reciprocate by accepting requests like location access or push notification opt-in, since it’s now clear why the app needs these permissions.

The endowment effect is an emotional bias that causes people to value what they own (or have a feeling of ownership) more than equivalent items they do not simply because they own it.

Takeaway for app developers: Getting users to invest effort and time in your app helps in creating a perception of psychological ownership. For example, by stating preferences, adding content, exploring features and inviting friends etc. It becomes theirs. Thus, due to the endowment effect they start valuing it higher than before and become more likely to use your app again and again. 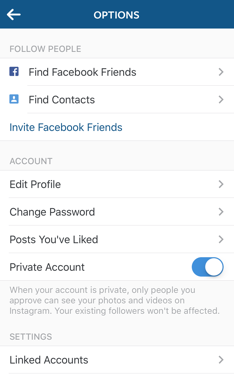 The Overchoice Effect is a well-known psychological phenomenon whereby people become paralyzed when faced with many options and may opt not to choose any alternative. This is because the human mind finds it overwhelming to process a lot of information at once.

Takeaway for app developers: It is important to not overwhelming users with many choices. Having too much choice is stressful and can cause people to withdraw and make no choice. Limit the number of options or features you present to users whenever possible. Encourage users to make a decision by suggesting a course of action.